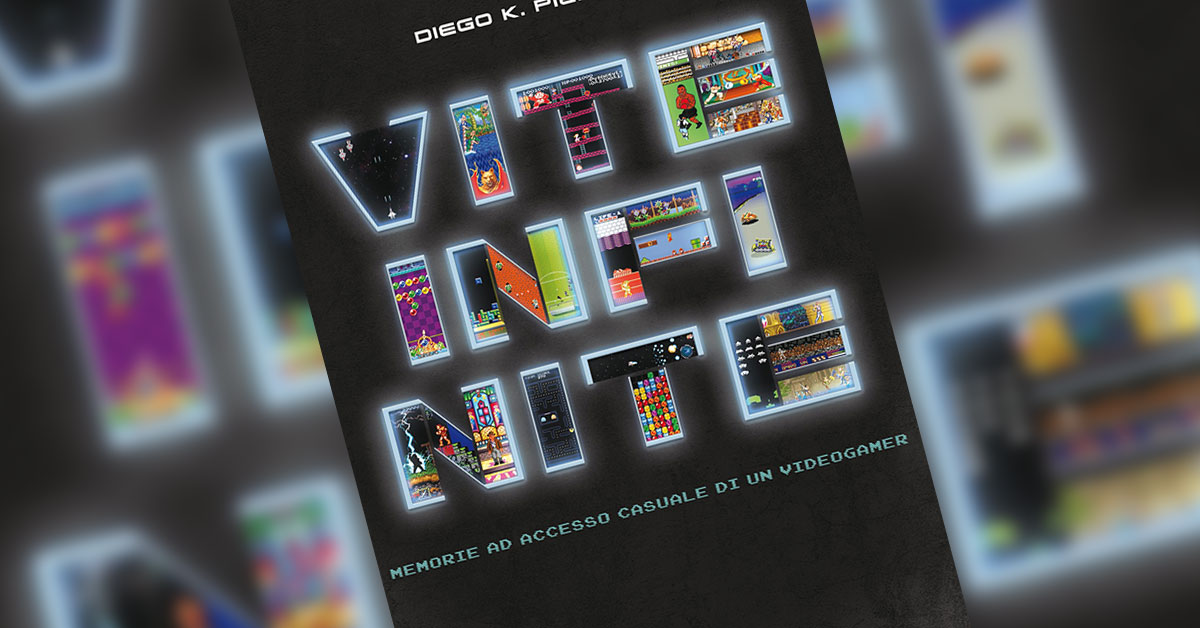 Reading this book  means stepping again into the shoes of a child in the seventies. One of those children who,  from one day to the next, have faced  an unknown alien technology made up of  display screens, dials and slots greedy of coins.  Catapulted into a new alternative dimension  full of enigmas, monsters of end level, apprehensive parents and extra lives, you will be the protagonists of an adventure that has been lasting for over three decades. This book is not a novel and it is not a simple essay, but an atypical, meticulous diary, in its own way very profound  so much to combine impressions, reflections, personal memories and much irony  to talk of one of the greatest intergenerational phenomenon of the modern era: the videogame.

Born in 1979, he is the living proof  that videogames can hurt us. Short-sighted, quite sociopath, reduced to poverty by his passion for vintage consoles and as if that was not enough he also holds  a degree in Philosophy. He wrote about artificial intelligence, digital cultures, music and cinema (Ciak, 35mm, Movie&Co, Repubblica.it). He gained experience working in the television sector, first as an author of  Parla con me, then for Voyager, The Show Must Go Off and Gazebo, then collaborating as a Synthesis freelance translator of videogames.